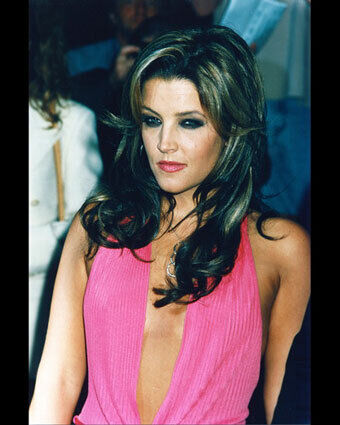 Bianca — August 7, 2008 — Lifestyle
References: salon
Share on Facebook Share on Twitter Share on LinkedIn Share on Pinterest
Lisa Marie Presley has twins on the way, but in this day and age, becoming a mother at age 40 is no longer bizarre. In fact, with innovations in science like in vitro and an overall increase in health awareness, it's almost fair to say many women, including Lisa Marie Presley, see middle age as being the most desirable time to enter pregnancy. Adding to her hip image, Presley announced the pregnancy on her MySpace page!

In interviews, Lisa Marie Presley -- Elvis Presley and Priscilla Presley's only child -- wouldn't reveal details like the sex of the babies, and neither would Priscilla. The singer and songwriter has been married several times too, another indicator of Lisa Marie's very modern outlook on love and relationships. In 1988, she married Danny Keough with whom she had two children. In 1994 she married Michael Jackson and in 2002 married Nicolas Cage.

Her fourth husband and father of the twins is Michael Lockwood, her guitarist and producer. They're expecting the babies in the fall.

Here are a few more mothers with twins that have made headlines recently.