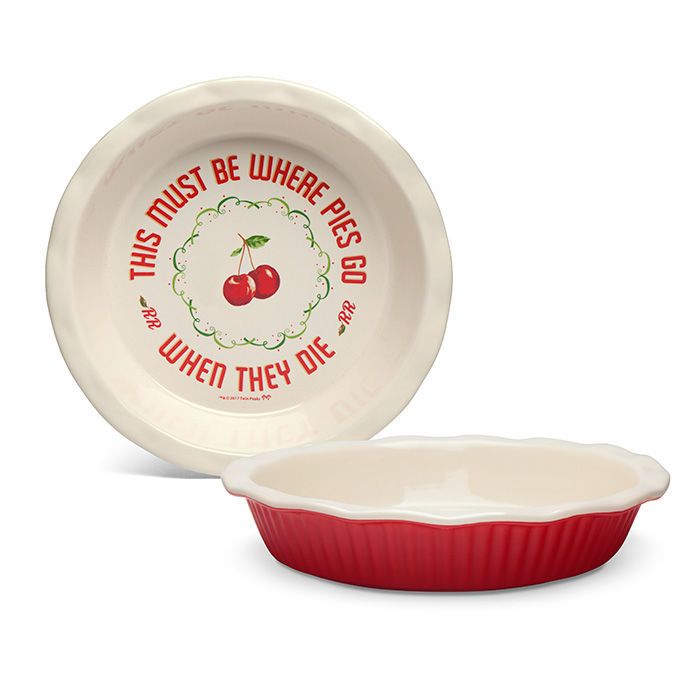 These Twin Peaks Plates are a ThinkGeek Exclusive Release

The ceramic Twin Peaks plates are red and white, with the bright crimson featured on the textured exterior, while the white is featured on the interior, along with the quote, "This must be where pies go when they die," taken from a scene at a diner when one of the agents expresses his profound love for the dessert he receives there. This quote is featured in a circular fashion, around an image of cherries, which are framed in another pastel green ring.

The Twin Peaks plates are currently available on ThinkGeek's web store, for $30 USD.