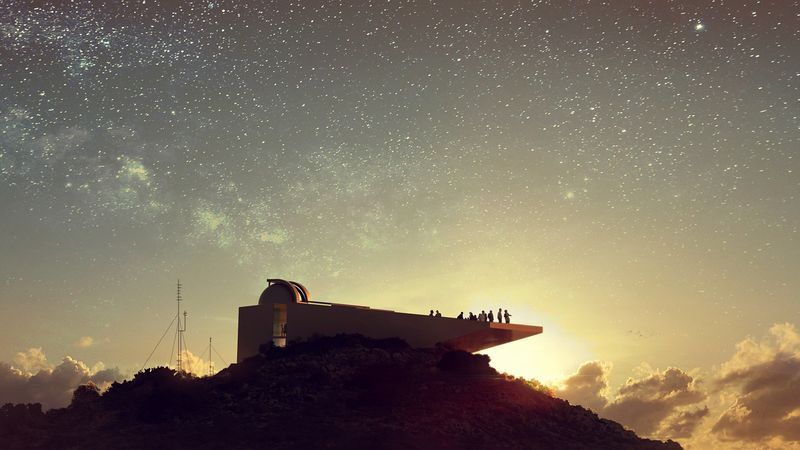 Joey Haar — September 6, 2017 — Tech
References: tsolakisarchitects & dezeen
Share on Facebook Share on Twitter Share on LinkedIn Share on Pinterest
The 'Star Wars' franchise has had a massive cultural impact, but the Troodos Observatory shows that the science fiction franchise's effects have even bled into actual science. The star observatory, which will be used to provide NASA with astronomical information, was inspired by Star Wars and other science fiction films.

Troodos Observatory is everything that a modern celestial observatory should be. It's built on top of a mountain in the UNESCO-listed Troodos Geopark in Cyprus, a natural area that limits light pollution and offers the least obstructed views of the heavens. Nonetheless, the heads of Kyriakos Tsolakis Architects, the studio that won permission to design the observatory, have explicitly stated their Star Wars fandom as inspiration for the scientific outpost.

The observatory is the first such purpose-built facility in Cyprus, and it will enable NASA to track celestial data in a previous blind spot between the Mediterranean and India.
4.5
Score
Popularity
Activity
Freshness
Get the 2023 Trend Report FREE