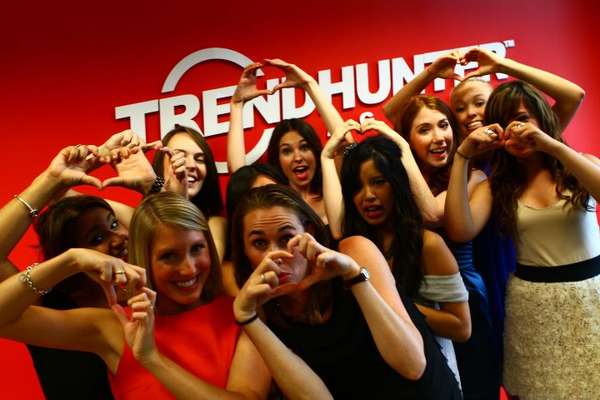 Emily Evans — August 16, 2011 — About
References: trendhunter
The Trend Hunter Prom Fun Day had the crew trading in their workwear for some more fashionable formal attire. With the ladies and gents of Trend Hunter decked out in two-piece suits, chic cardigans and countless cocktail dresses, it was certainly a site to see! There were even several seriously creative promposals prior to the event to lock down their desired dates.

Beginning with some paparazzi-like pictures, the pre-party was shortly followed with some hilarious awards such as "Most Charlie Sheen One-Liners," "Best Dynamic Duo" and even "Rear of the Year." This hilarious ceremony was the prelude to a fabulous dinner and an outing to a local club where the internship round danced the night away.