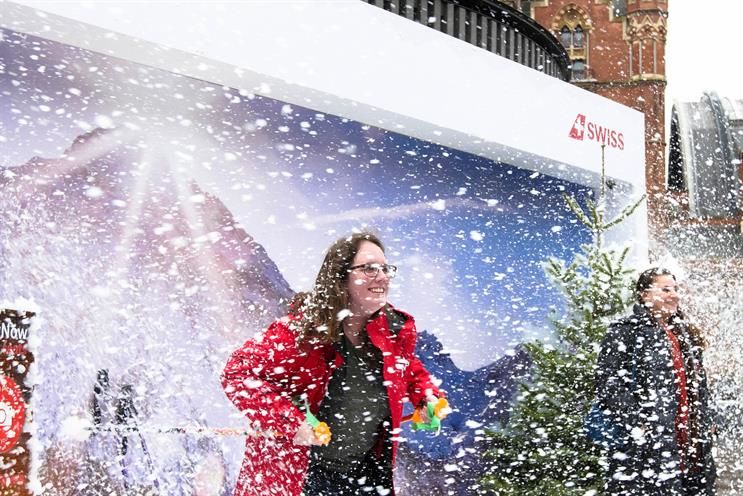 The Twitter-powered billboard boasts the ability to release fake snow whenever the #SnowNow hashtag is used. To incentivize use of the social media hashtag, Swiss International Air Lines is giving consumers the chance to receive a discount on their next flight, plus the opportunity to win one of five return flights to the Alps for two people.