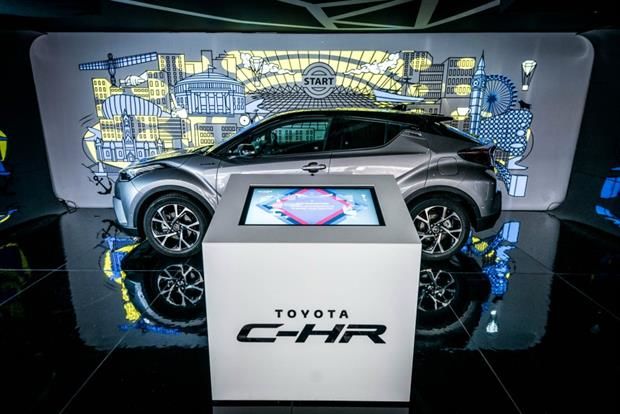 The pop up, or as it is being called, the "pod," challenges attendees to "unlock their city" through a variety of interactive elements. In the pod, the C-HR is artfully stationed in front of an interactive mural, which can be manipulated via a touchscreen station that sits in front of the art piece. Attendees are invited to design their own creative backdrop for the new Toyota car using a variety of colors and patterns. Once they have finished creating their design, attendees are invited to share their creations on social media.

Alongside this interactive exhibit, Toyota fans also have the chance to partake in architectural city-inspired quizzes or create their own music track at a music-mixing station.
6.1
Score
Popularity
Activity
Freshness
View Innovation Webinars