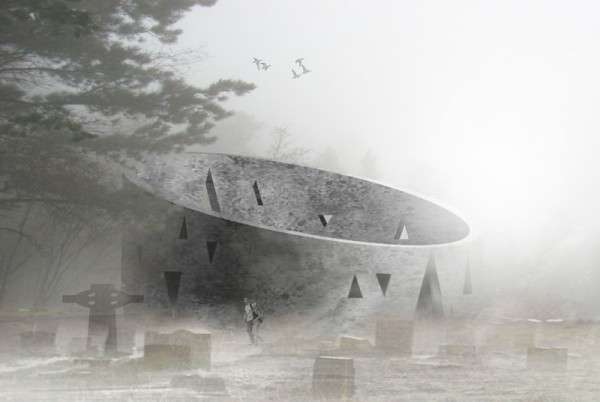 Clocking in at 820 feet, the underground cemetery goes directly down and boasts themed floors, each representing a stage of grief. The architectural concept is poetic, but almost seems obtrusive. Family members are meant to take a spiritual and literal trip to the underworld, walking down winding stairs until they reach the crypt of their loved one. After passing by each stage of bereavement, the survivors return to the surface, presumably closer to finding peace and inner-happiness. Designed primarily by Israel López Balan, the Tower of the Dead is a response to growing urban population and space restrictions, and the Mexican architect hopes to find closure and conserve space in his country's capital.

If you're ever in Mexico City, try to stay away from this building at night, as there's a strong chance it will be haunted within days of opening.
2.1
Score
Popularity
Activity
Freshness
Get Trend Hunter Dashboard