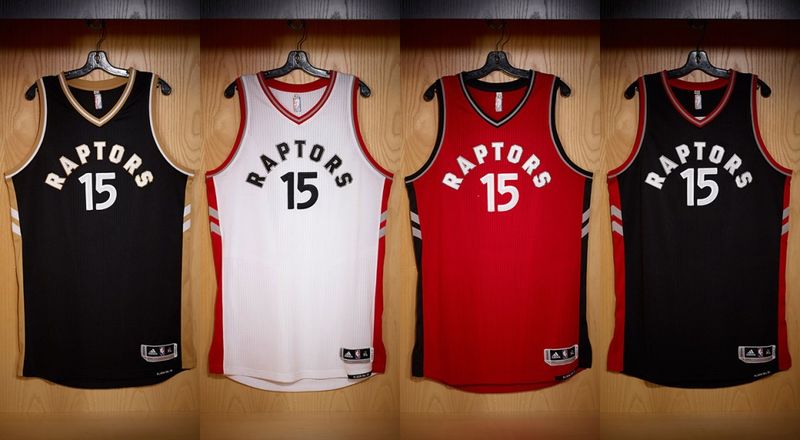 These New Toronto Raptors Uniforms Boast 'We the North' Branding

Christopher Magsambol — August 5, 2015 — Lifestyle
References: nba & sportsnet
Share on Facebook Share on Twitter Share on LinkedIn Share on Pinterest
The new Toronto Raptors uniforms for the 2015-2016 season have been unveiled and are part of the team's recent re-branding effort. The new jerseys better reflect the team's celebrated 'We the North' campaign that was launched a few seasons ago. The latest Toronto Raptors uniforms were first unveiled by rapper Drake, the team's global ambassador at his OVOFest concert in Toronto.

The home jerseys will slightly resemble earlier versions, with minor tweaks. Similarly, the new uniforms will feature a red and white trim, with black lettering with a font that resembles the 'We the North' logo. A more drastic change to the uniforms will be the alternate away jersey, which will feature a black and gold OVO theme, in homage to its global ambassador.

Other changes include a maple leaf on the shorts placed in the middle of the waist along with a chevron detail on the side of the jerseys pointing up, or north.
4.7
Score
Popularity
Activity
Freshness
Get Trend Hunter Dashboard