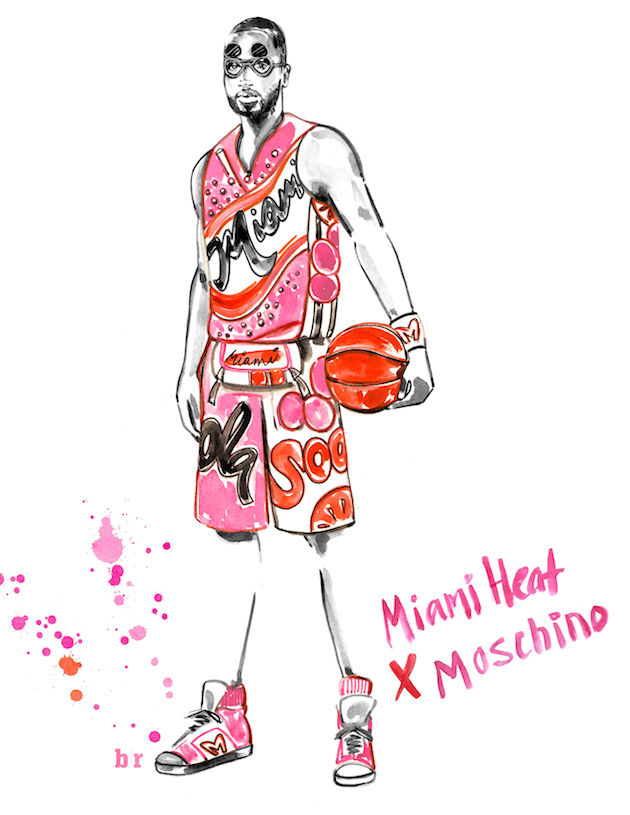 Rather than simply assigning each brand to a team at random, Morrison carefully considered the culture and reputation of each different team. She then matched each brand with the team that best complemented its distinct style. For example, Morrison combined the flashy culture of Miami Heat with the spunky designs of Moschino.

Some of the other noteworthy brands featured in the collection include Balenciaga, Dolce & Gabbana, Givenchy, Balmain and Saint Laurent. Taking cues from the most luxurious fashion houses, the thoughtful illustrations provide a fun and imaginative take on classic basketball jerseys.
5.9
Score
Popularity
Activity
Freshness