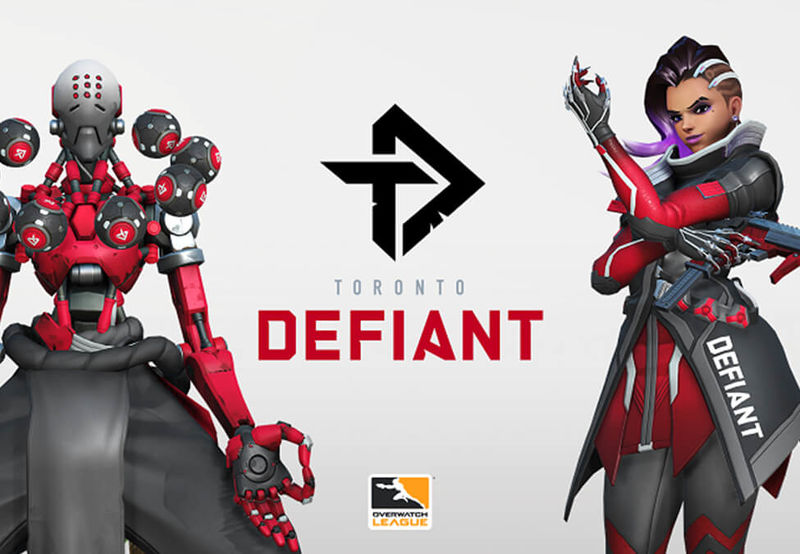 Justin Lam — October 29, 2018 — Tech
References: sportsnet & esportsinsider
Share on Facebook Share on Twitter Share on LinkedIn Share on Pinterest
Unveiled at an engaging event on October 25th, Toronto Defiant is the latest franchise to join the Overwatch League and the second Canadian team in the organization. Funded by OverActive Media Group -- with Splyce as its operational partner -- this new team will be competing in the Atlantic Division of the Overwatch League alongside Paris, Atlanta, Washington D.C., Boston Uprising, Florida Mayhem, Houston Outlaws, London Spitfire, New York Excelsior and Philadelphia Fusion.

During the event, Toronto Defiant revealed its general manager and head coach, Beom-joon “Bishop” Lee. Lee already exudes confidence for his team and believes he and the team will be able to handle any of the trials ahead.

Deriving its name from the city's strength, character and resilience, Toronto Defiant sports a distinct logo and uses red, black and gray as its team colors.