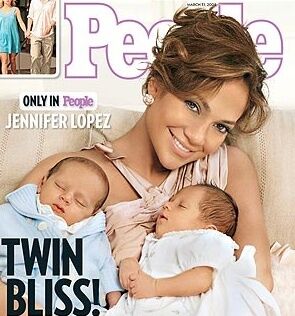 Pitt and Jolie will be paid $20 million by the magazine, which they already agreed to donate to charity. The previous top dollar for baby photos was paid to JLo and Marc Anthony for their kid photos, and that was a paltry $6,000,000. In the bidding frenzy for exclusive rights, the photos were thought to bring as high as $20 million.

Below are the top 10 most expensive baby photos.