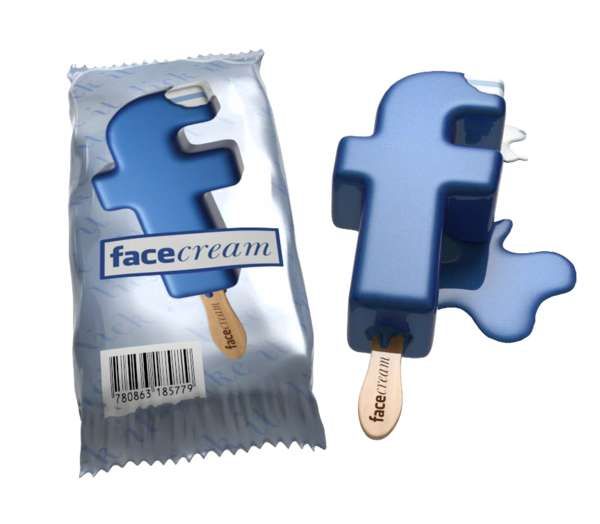 Jason Soy — June 25, 2012 — Lifestyle
References: behance.net & blog.thaeger
Share on Facebook Share on Twitter Share on LinkedIn Share on Pinterest
Tomislav Zvonaric previously conceptualized a Facebook-themed bed, which mimicked the iconic “f” shape of the social media platform’s logo, but he wasn’t finished with the company just yet. Seen here is his latest creation, ‘The Facecream,’ which once again harnesses Facebook’s logo, only this time it’s used as the shape of ice cream popsicles. Picture a Klondike bar, with an edible blue exterior instead of chocolate, and with the bar itself being placed on a stick and you get a general idea of what ‘The Facecream’ entails.

Tomislav Zvonaric rendered these concept images digitally, so those looking to get their hands on ‘The Facecream’ will unfortunately be unable to do so. Still, it’s great to muse about the made up frozen treats and what flavor the blue liquid surrounding the vanilla ice cream actually tastes like.