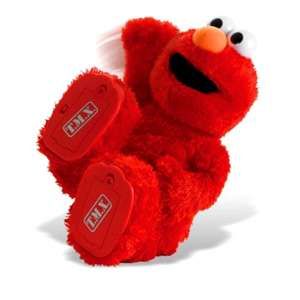 Here's wat Fox had to say about it:
The debut of T.M.X. Elmo was timed to the 10th anniversary of Tickle Me Elmo, the must-have toy of Christmases past that giggled when its stomach was pressed. In the new version, Elmo's squeaky laugh and body movements grow more pronounced with three successive tickles.

Mattel president Neil Friedman had been president of Tyco Toys, now a unit of Mattel, when it launched the original Tickle Me Elmo, which had parents of preschoolers elbowing each other in the aisles.

"With today's technology, this one is even more incredible," Friedman said. "You really have to see it to believe it."