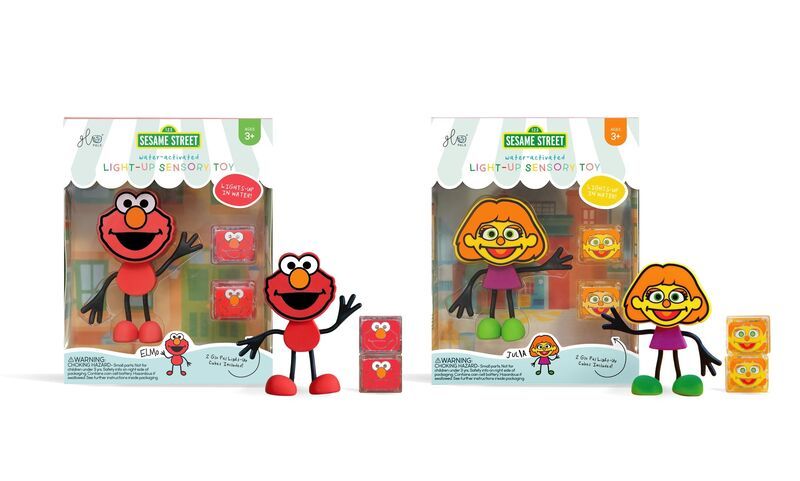 Laura McQuarrie — April 5, 2021 — Life-Stages
References: glopals & prnewswire
Share on Facebook Share on Twitter Share on LinkedIn Share on Pinterest
Hagan Walker and Anna Barker, entrepreneurs in Mississippi State University's Center for Entrepreneurship and Outreach, created colorful cubes that light up when dropped in liquid—and the Glo Pals have since been recognized with a Gold Award win in the 2020 Mom's Choice Awards. The pair got feedback from moms and found that the toys were especially soothing sensory toys for kids with autism and Glo Pals were born as fun characters that promote imaginative learning.

Now, the Glo Pals range is being expanded, in celebration of National Autism Acceptance Month, to include two Sesame Street Characters. There's Elmo and Julia, a Sesame Street Muppet with autism. These two new characters join the existing Glo Pals range, which includes colorful characters like Pippa, Alex and Lumi, each of which has a special personality of their own.
3.6
Score
Popularity
Activity
Freshness
View Innovation Webinars