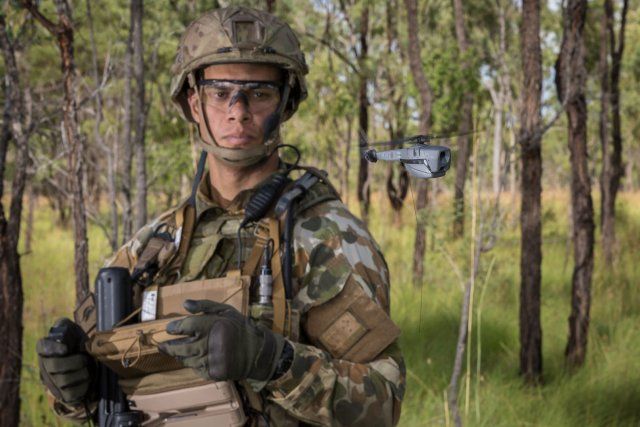 The US Army Will Now Use Tiny Surveillance Drones in Combat

Justin Lam — June 8, 2018 — Tech
References: internetofbusiness & cnet
Share on Facebook Share on Twitter Share on LinkedIn Share on Pinterest
As part of a contract with Flir, a thermal imaging and technology company, the US Army will also be receiving a fleet of tiny surveillance drones. These drones will accompany soldiers on patrols, or missions, and will aid in reconnaissance as well as squad-level surveillance. The implementation of tiny surveillance drones marks the first step for the Solider Borne Sensors program for the US Army, which aims to aid soldiers with more awareness of their surroundings using drones.

The tiny surveillance drones that the army will be using at the Black Hornet Personal Reconnaissance System. This drone system is the "world's smallest combat proven nano-drone," and weights just 32 grams. Despite its small size, the drone is capable of complex navigation, features advanced imaging processing and can fly two kilometers at over 21 kilometers an hour.