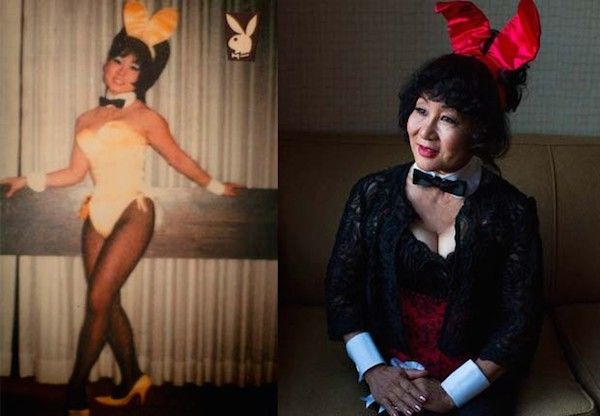 Meghan Young — September 26, 2014 — Fashion
References: saranaomiphoto & designtaxi
It's not every day that people are able to see photos of then-and-now playboy bunnies, but Sara Naomi Lewkowicz, a photographer born in New York City and based in Athens, Ohio, has granted people the opportunity to do just that. Juxtaposing images she shot of these retired nude models with images from their prime during the late 1960s to 1980s, she is able to show the world how gracefully they've aged.

Although a similar concept to Robyn Twomey's photo series of retired centerfold models, these images of then-and-now playboy bunnies are much more playful. This is due in large part to the fact that they are captured wearing iconic bunny ears. Thankfully, this accessory doesn't age them further, it simply is a fun tribute to their past.
7
Score
Popularity
Activity
Freshness