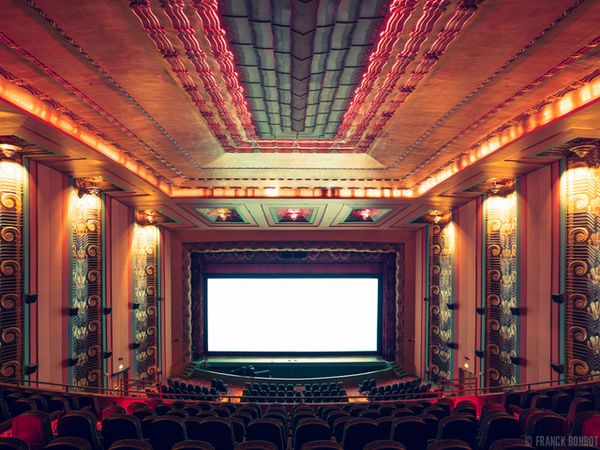 Franck Bohbot's Theater Photography Captures Grandeur of the Past

Vasiliki Marapas — February 6, 2014 — Art & Design
References: franckbohbot & reframe.gizmodo
Share on Facebook Share on Twitter Share on LinkedIn Share on Pinterest
Franck Bohbot's theater photography series encompasses the old-world charm of Hollywood's golden age. Throughout history, cinema has been an important form of escapism for the people. However, going to the movies in 2014 is hardly the sophisticated event it used to be; rather than dressing up for a night on the town, people show up in sweats to eat over-priced popcorn in an overly air-conditioned multiplex chain.

Bohbot's series takes us way back, capturing grandiose theaters throughout California that vary from elegant and opulent to gaudy and ostentatious. These theaters, many of which were built in the early 20th century, often feature art deco design.

Bohbot explains the project by saying, "Reflecting on the memories of the golden age of Hollywood, it gives the feeling that there is no such place like a movie theater to celebrate the birth of film from an artist. The greatest emotion I have ever had in my life took place in the dark and not in front of a smartphone or television."
1
Score
Popularity
Activity
Freshness
Get Better and Faster