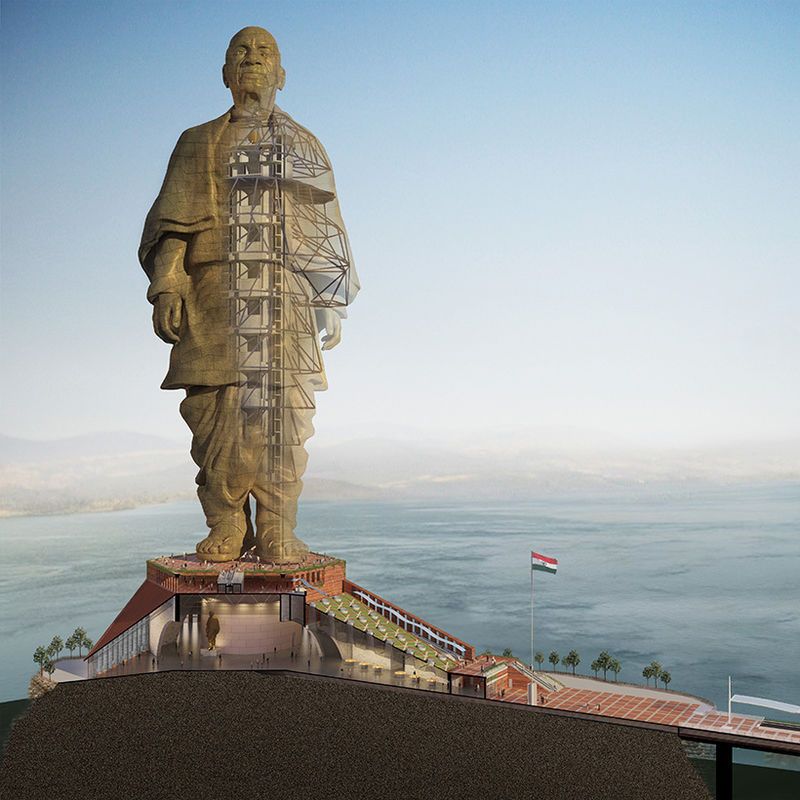 Kalina Ned — April 3, 2018 — Art & Design
References: michaelgraves & archdaily
Share on Facebook Share on Twitter Share on LinkedIn Share on Pinterest
When the construction of the Statue of Unity is completed, India will be the home to the world's tallest statue. At 182 meters, the architecturally artistic marvel is almost twice the height of the Statue of Liberty. The monument depicts the Vallabhbhai “Sardar” Patel — the first deputy Prime Minister of India, and seeks to commemorate the leadership and political significance during the country's struggle for independence.

Designed by Michael Graves Architecture & Design, the project will also include other tourist-friendly sites, including a hotel, a quaint memorial garden, a visitor's center, as well as "miles of roadways and bridges to connect [the world's tallest statue] to the town of Kevadia, India."

The Statue of Unity is currently being constructed and is scheduled to be completed later in 2018.
5.3
Score
Popularity
Activity
Freshness
Get the 2023 Trend Report FREE