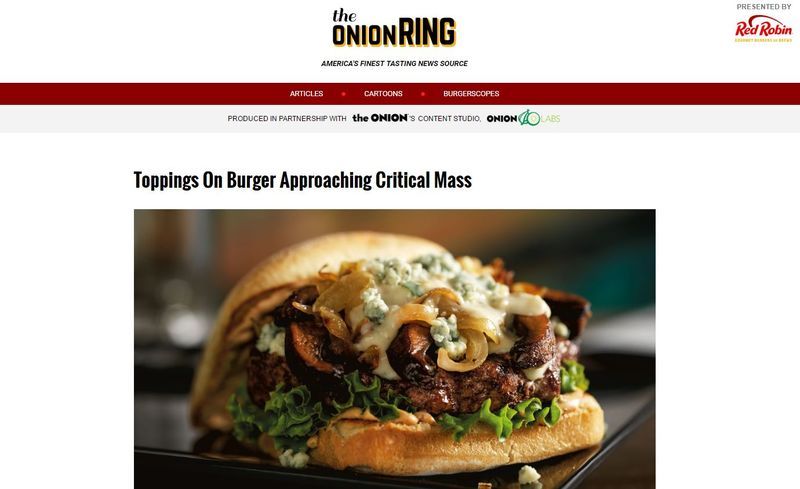 Red Robin and The Onion are Releasing 'The Onion Ring'

The articles on The Onion Ring read with the same faux-news satirical silliness that makes The Onion so popular with millennial internet denizens. Some of the headlines joke about Red Robin and similar restaurants in general, such as one that reads "Report: If Older Brother Gets To Order Milkshake, Younger Brother Should Be Allowed To Too.' Others mock the site's own status as marketing material, like, "Man Craving Burger, Wanting To Spend Less Than $7 Wishes There Was Someplace, Anyplace That Could Satisfy Both Needs At Once."
2.1
Score
Popularity
Activity
Freshness
Attend Future Festival