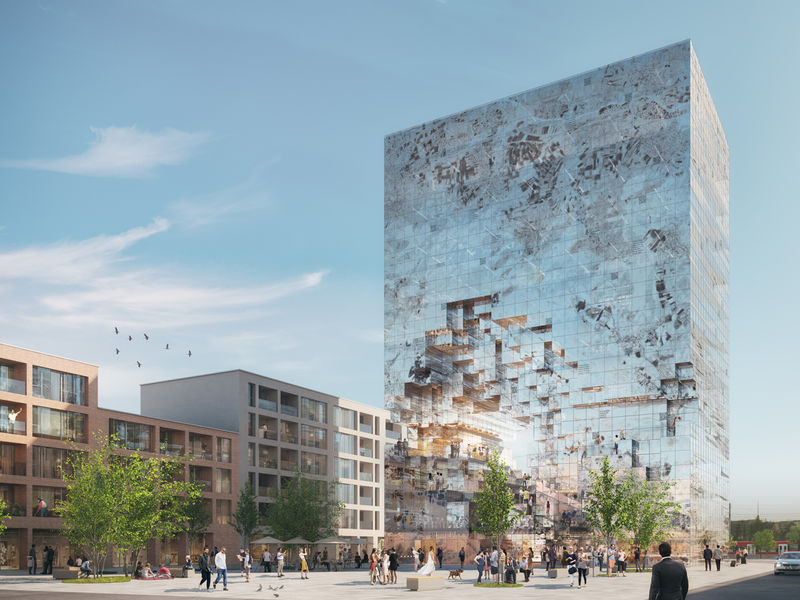 Joey Haar — January 31, 2018 — Art & Design
References: archdaily
Rotterdam-based global architecture firm MVRDV has recently released its initial concept designs for 'The Milestone', a mixed-use office building slated to be erected in Esslingen, Germany. The building has a striking, camouflaged appearance that comes from its translucent, semi-reflective facade, making it look like a building from some far-flung sci-fi universe.

The Milestone's facade will be made from a material that MVRDV is referring to as "crystal rock". The precise makeup of that material has not yet been announced, but it promises to be a spectacular sight.

Beyond the facade's upper levels, the lower stories of the building will feature a pixelated cut-out in the shape of Esslingen's city boundaries, and MVRDV will use projection technology to turn that shape into a live-updating map of events and important information throughout the city.
3.6
Score
Popularity
Activity
Freshness