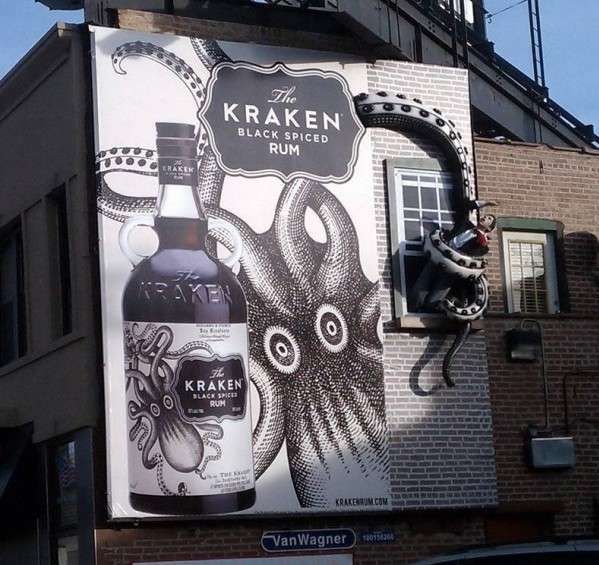 You've probably heard the phrase "release the Kraken!" in movies or on television, referencing the legendary larger-than-life sea monsters that are called upon to create doom and destruction. The Kraken Black Spied Rum plays on these references and created a billboard displaying a giant Kraken-like sea monter with 3D tentacles holding a person mid-air.

This advertising approach is a great way to relate the brand name to a pop culture reference, allowing people to easily connect the brand to something they already know.

This spiced rum billboard is sure to resonate in peoples minds for its unique reference to the iconic sea monster legend.

Size-Promoting Billboards
The Volkswagen Up! Outdoor Campaign is Creative & Cute