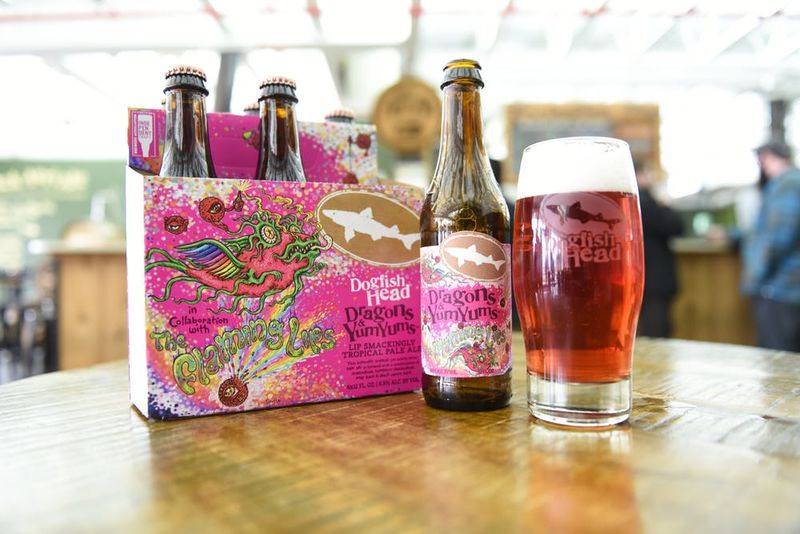 Katherine Pendrill — March 15, 2018 — Lifestyle
References: dogfish & brit.co
Share on Facebook Share on Twitter Share on LinkedIn Share on Pinterest
Northing pairs better with rock music than beer, which is why The Flaming Lips have teamed up with Dogfish Head Craft Brewery for a "first-of-its-kind beer and vinyl collaboration." Not only does the new beer come with its every own track, but it also boasts a pretty pink hue that makes it an Instagram-worthy brew.

Specially created to celebrate Record Store Day on April 21, Dogfish Head will debut the brand new Dragons & YumYums beer. The beer will accompany a limited-edition seven-inch vinyl track by The Flaming Lips called 'The Story of Yum Yum and Dragon.' The dreamy track is designed to pair perfectly with the new brew, which is tart pale ale brewed with “a combination of dragonfruit, yumberry, passionfruit, pear juice, and black carrot juice.”