Your Head as a Penis & Breast 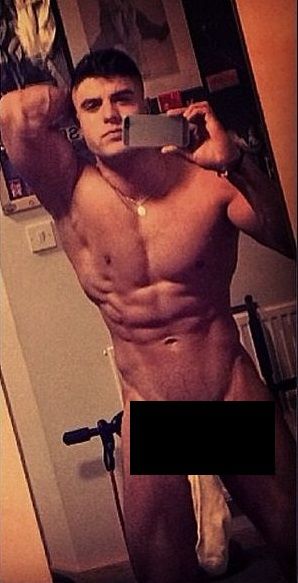 The #C*ckinasock Campaign Aims to Raise Awareness of Testicular Cancer

The #c*ckinasock selfies are really as simple and straightforward as the hashtag suggests. A quick search for the hashtag on Instagram will lead you to pictures of men of various ages, shapes and sizes posing with their man companions snugly outfitted in tube socks. Rather than being scared stiff at the prospect of exposing themselves on social media, the men in these selfies rather seem to be enjoying them, wearing expressions ranging from to mild amusement to outright glee.

This peculiar but effective social media uprising seems to be directly inspired by #nomakeupselfies, a recent effort by women to post selfies of themselves wearing no-make up in an effort to raise money for Cancer Research UK.

The promotion of awareness of testicular cancer is important given the fact that it is the most common form of cancer seen in males between the ages of 15 and 35, and represents about 1% of all cancers.
5.6
Score
Popularity
Activity
Freshness
Get Better and Faster