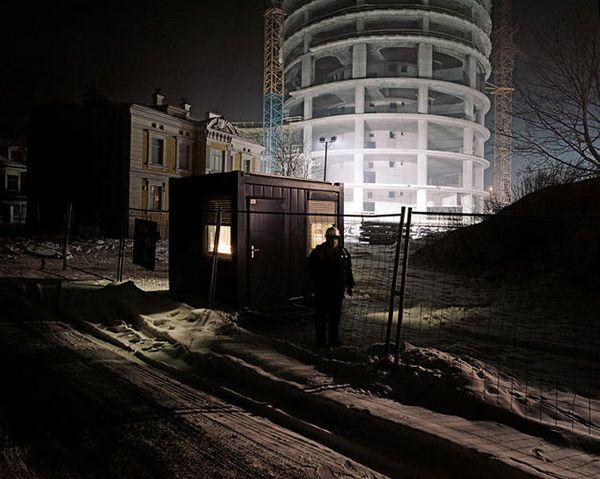 Territory by Reinis Hofmanis Humanizes Such a Lonely Profession

Meghan Young — November 12, 2013 — Fashion
References: reinishofmanis & fastcodesign
Share on Facebook Share on Twitter Share on LinkedIn Share on Pinterest
The guard house easily stands as a symbol of authority, yet the photo series titled Territory by Reinis Hofmanis, a Latvian photographer, focuses on the poetic dichotomy between such a profession and the outside world. While the job is to keep people in check when entering and exiting certain premises, the guard house itself becomes a sort of prison for the worker as well.

Lonely and claustrophobic, Territory by Reinis Hofmanis humanizes the security guard in order to create a series that speaks to the heart of onlookers. Completely arresting, it also focuses on "that moment of tension, absurdity, and even loneliness when the guard registers what's going on is precisely what Hofmanis has sought to capture," as noted by Mark Wilson of Fast Co. Design.
0.8
Score
Popularity
Activity
Freshness
View Innovation Webinars