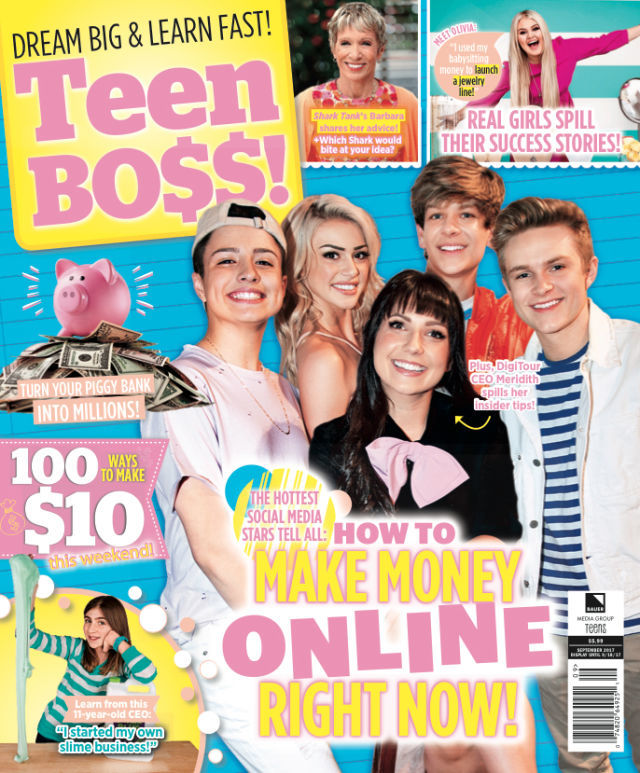 Born between the mid 1990s and early 2000s, Generation Z is surpassing Millennials as the most sought-out marketing demographic. Prevalent research suggests that there's a huge gap in the market for youth-minded publications with additional research suggesting that entrepreneurship is on the rise among Generation Z, leading to the creation of the magazine, which acts as a "Shark Tank for kids." The magazine will be comprised of inspiring content which provides insights, advice and editorials centered around starting your own business. The first issue features profiles of 12 teens who own their own successful businesses, and held a competition in which the winner would be awarded with a chance to pitch their business ideas to Digitour co-founder and CEO Meridith Valiando.

Teen Boss is attempting to capitalize on Gen Z's culture and consumer habits to inspire, engage and connect with digitally minded youths through the use of an analog platform.
2.4
Score
Popularity
Activity
Freshness
Attend Future Festival Virtual