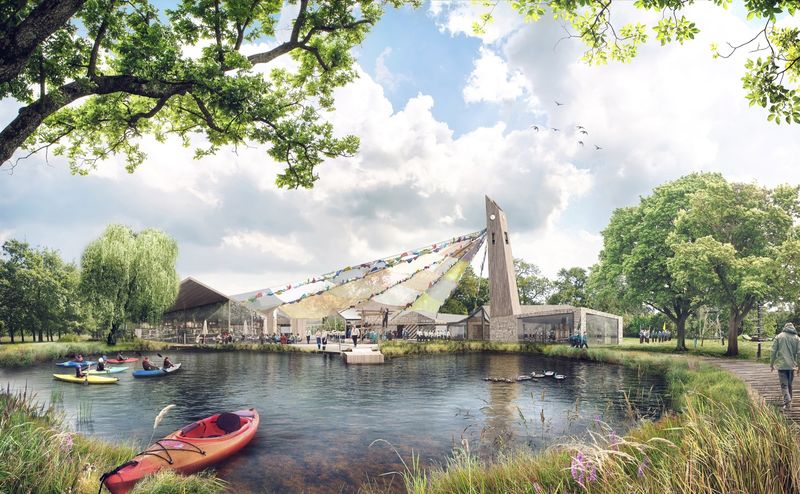 The childish glee that Tate Harmer's Big Tent evokes meshes nicely for the planned museum of scouting. For nearly a century, the Scouts have been a popular organization for kids interested in learning about nature and survival. The fabric of the tent is thus planned to be made up of the Scouts' iconic neckerchiefs.

Beyond the tent itself, the building will feature plenty of open air and ecologically conscious volumes in order to remain in line with the ethos of the Scouts Association.
2.8
Score
Popularity
Activity
Freshness