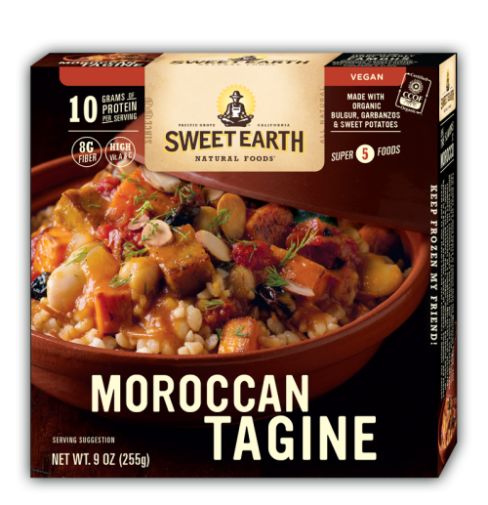 Katherine Pendrill — April 28, 2016 — Lifestyle
References: sweetearthfoods & just-food
Share on Facebook Share on Twitter Share on LinkedIn Share on Pinterest
While frozen dinner are often considered a retro food product, Sweet Earth Natural Foods is reimaging frozen entrees for a new generation of consumers. By using plant-based ingredients and international flavors, the company manages to create frozen dinners that are both healthy and flavorful.

Sweet Earth Natural Foods sells a wide variety of frozen dinners with global flavor profiles and functional benefits. Unlike frozen dinners of the past, the Sweet Earth entrees are plant-based and highly nutritious. This means that each dinner is packed with superfoods and other health-boosting nutrients that millennials are drawn to. In addition to being highly nutritious, the frozen dinners are also tasty. With entrees ranging from Moroccan Tagine to Kyoto Stir Fry, there are plenty of flavorful options for consumers to choose from.

The vegetarian entrees from Sweet Earth Natural Foods combine the convenience of the frozen dinners of the past, with the healthy, plant-based ingredients millennials are looking for.
6.2
Score
Popularity
Activity
Freshness
Attend Future Festival