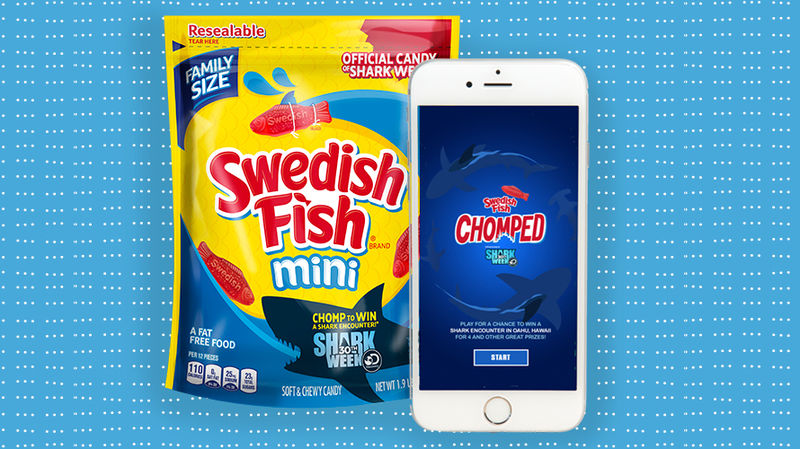 Swedish Fish Will Be Sponsoring This Year's Shark Week

The expansive, co-branded campaign features an ad, new candy packaging and a mobile game that's sure to make a splash among fans of the adrenaline-fueled week. In celebration of the event, the candy package will be transformed to feature Shark Week's logo, which will promote Swedish Fish’s new Mini Tropical candy.

The most exciting offering from this campaign is the co-branded mobile game, which was developed by Vayner Media. Consumers play as a shark and are tasked with collecting as many falling Swedish Fish, while avoiding coral and jelly fish.