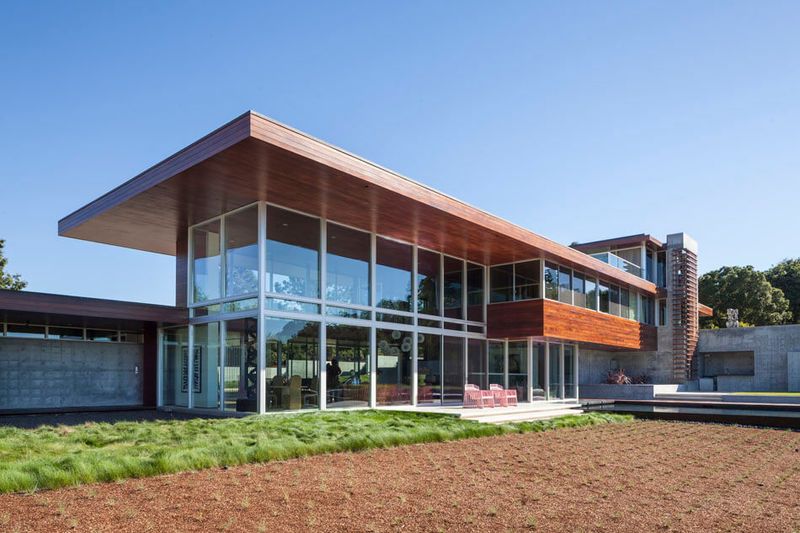 In the design of the seemingly infinite main building, Swatt Miers appears to have drawn much of its inspiration from Frank Lloyd Wright's Fallingwater. The building's roof is composed of perpendicular planes of wood joined by glass and concrete, creating a fascinating and visually pleasing geometric effect. Around every corner, a new space or design element waits to be discovered.

The 7,000 square foot home follows an L-shaped pattern, joining it to the sloping hills that surround it. Its courtyard contains a 75-foot linear swimming pool. Its major spaces face North, providing an inspiring view of its semi-rural environs, with San Francisco appearing in the distance.
1.9
Score
Popularity
Activity
Freshness
View Innovation Webinars