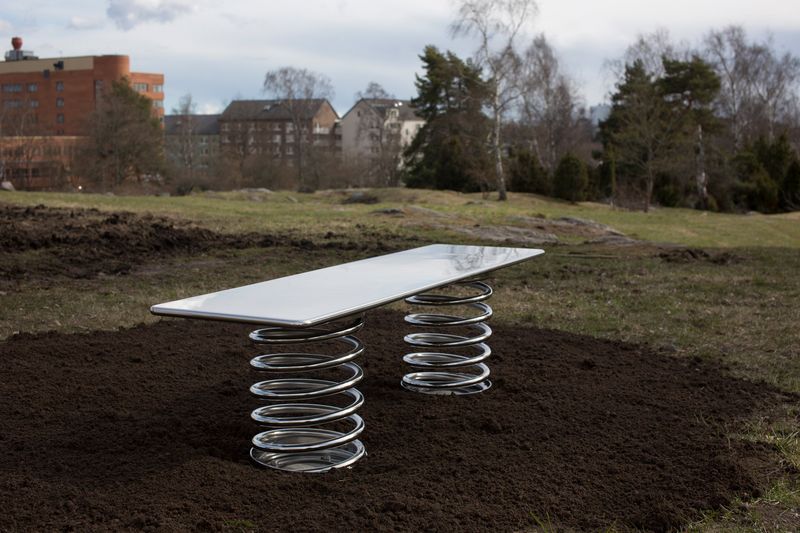 A Group of Architects Designed 'Superbenches' for a Stockholm Park

Joey Haar — May 5, 2017 — Art & Design
References: kalejdohill & dezeen
Share on Facebook Share on Twitter Share on LinkedIn Share on Pinterest
Max Lamb, Scholten & Baijings, Philippe Malouin, and several other designers and studios have collaborated to design what they're calling 'Superbenches' in a park on the outskirts of Stockholm. The experimental set of ten benches attempt "to reconsider the concept of the traditional park bench while retaining its sole function of providing an urban meeting place to sit or relax," according to a description on Dezeen.

Some of the benches are more or less standard benches with added flourishes. Scholten & Baijings' Superbench simply applied the studio's unique vision of color theory to existing benches in the part, painting them with gradients of pink, green, and white. Other benches are more adventurous, like Philippe Malouin's massive stone structure that can seat three people in its interior, or Max Lambs' zigzagging bent steel bar.
4.4
Score
Popularity
Activity
Freshness
Get Better and Faster