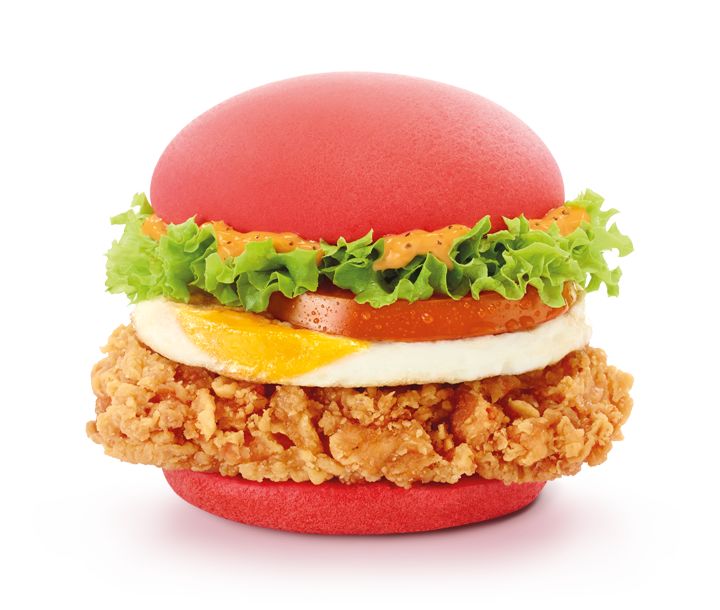 The new burger is part of a partnership with Sony Pictures that celebrates the release of the new Angry Birds Movie, which is set to debut in May. Like the fiery red birds in the movie, the Super Red Burger features two crimson buns. Sandwiched between these buns is a crispy chicken patty topped with an egg, lettuce, tomato and spicy pepper mayo. To complement the new burger, the chain is also offering other Birds-themed items such as Angry Birds Happy Meal toys and Spicy Chicken Nuggets.