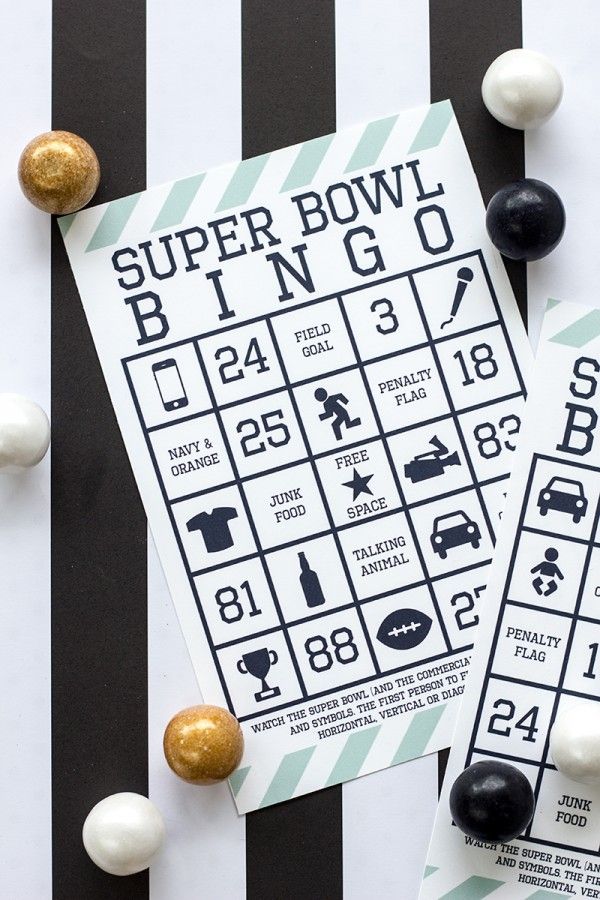 Laura McQuarrie — January 25, 2014 — Lifestyle
References: studiodiy & studiodiy
These printable 2014 Super Bowl bingo cards from Studio DIY are a fun way to add even more excitement to game day. To play Super Bowl bingo, players will need to print out the cards and then tune in on Super Bowl Sunday for the game and commercials.

The cards work just like a regular game of bingo, featuring numbers that will most likely be found on football uniforms, as well as some other icons like babies, beer, trophies and cell phones that probably won’t be difficult to spot amongst the crowd. Studio DIY has even updated a few of the boxes on the cards to reflect the colors of the teams that will be playing.

Grandma Games
Granny Foosball Lets You Score With the Elderly