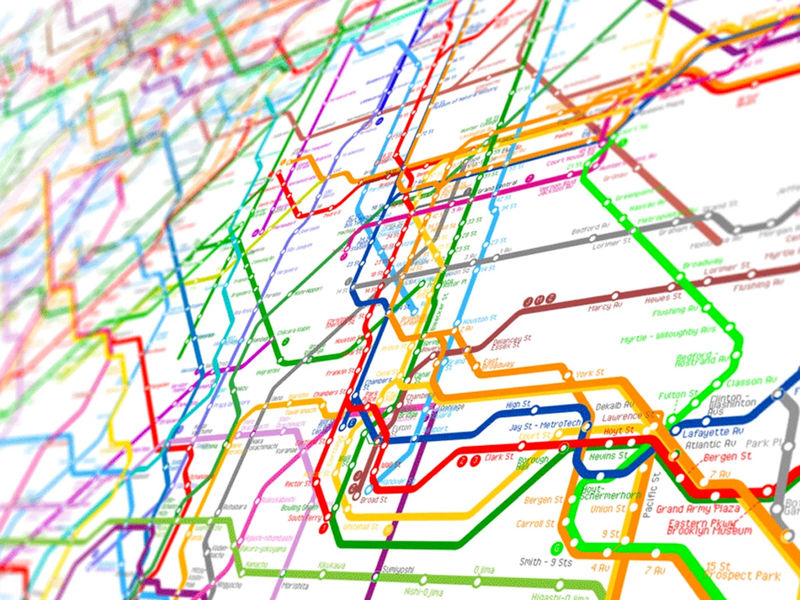 Misel Saban — January 13, 2016 — World
References: artcodedata & coolhunting
Share on Facebook Share on Twitter Share on LinkedIn Share on Pinterest
With subway systems being a prominent source of transportation in many major cities across the globe, companies Open Access and ArtCodeData have come together to revisit a conceptual design for a worldwide subway system that would connect all major regions together via an underground transportation line. The designs showcase cities such as London, Greece, Seoul and Sao Paulo accessible to one another via train.

The visionary design, dubbed The World Metro Map, links up 214 different public subway services across the world. The cities are linked together via underground passes that span underneath oceans allowing consumers to potentially move from one country to another via train. While the design is only a concept, it offers a visualization for what it would be like to have commuters move accessibly from city to city on a global level for work, travel or leisure.
3.7
Score
Popularity
Activity
Freshness
Access Advisory Services