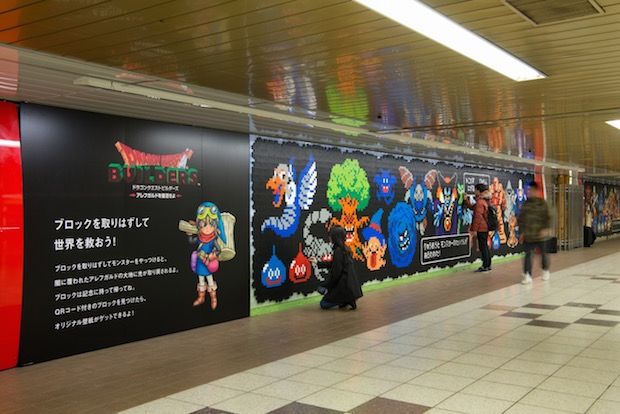 About a year earlier, Dragon Quest took over the station to install an interactive billboard that featured more than 100,000 pieces of poppable bubble wrap. Like the advertisement that came before it, this new one features characters made of small building blocks. In total, more than 180,000 blocks were used in the construction of the 80-meter wall installation.

Rather than just being an interesting installation for commuters to look at in passing, the artful wall piece is interactive. Passersby are invited to remove the blocks and take them home. Some blocks even feature QR codes that allow consumers to take away special content from the game. Once enough blocks have been removed, the mural will reveal a new poster underneath the existing display.
2.3
Score
Popularity
Activity
Freshness
Get the 2021 Trend Report FREE