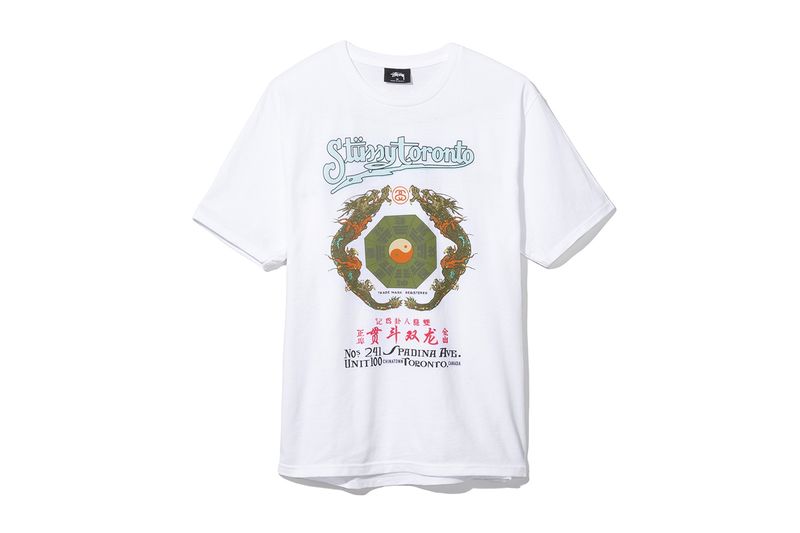 Riley von Niessen — April 7, 2017 — Business
References: instagram & hypebeast
Share on Facebook Share on Twitter Share on LinkedIn Share on Pinterest
After it's store on Queen Street West was taken over by Shinola, Stussy Toronto is set to re-open its doors in the city's Chinatown area. The new location is at 241 Spadina Avenue, and will be open from 11 a.m. until 7 p.m. on weekdays, and 11 a.m. until 5 p.m. on weekends.

To celebrate the official re-opening on April 8th, Stussy Toronto will be offering a range of apparel that boasts of the city. For example, a gray crewneck states "Stussy Toronto" on the back in Chinese-inspired lettering, along with the image of a dragon. A white tee features similar motifs, and states the address of the new location as well. Also featured in the collection are sweatpants, long-sleeve shirts, and various other graphic tees.
3.4
Score
Popularity
Activity
Freshness
Jeremy Gutsche Keynote Speaker