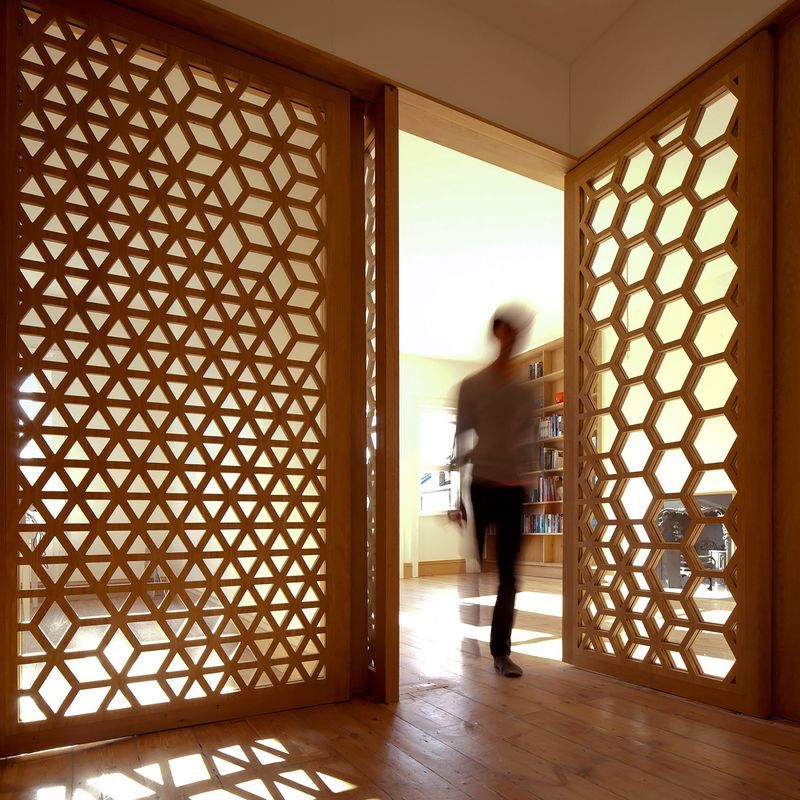 Joey Haar — November 14, 2016 — Art & Design
References: studiobenallen & dezeen
Share on Facebook Share on Twitter Share on LinkedIn Share on Pinterest
In a city like London, where rental space is at a premium, prospective renters can't afford to be picky about something like room layout, but Studio Ben Allen's new design makes it easier for people to take control of their apartment. The design, art and architecture firm has installed a series of modular geometric partitions in a north London apartment, letting the residents easily transform the space to suit the needs of the moment.

Studio Ben Allen's design consists of four perforated screens that cover each side of the apartment's central hall. These screens, whose geometric pattern consists of various interlocking hexagons, rhombi and triangles, can be opened in two different directions each, allowing for a multitude of formations in the apartment as a whole.
5.4
Score
Popularity
Activity
Freshness
Attend Future Festival