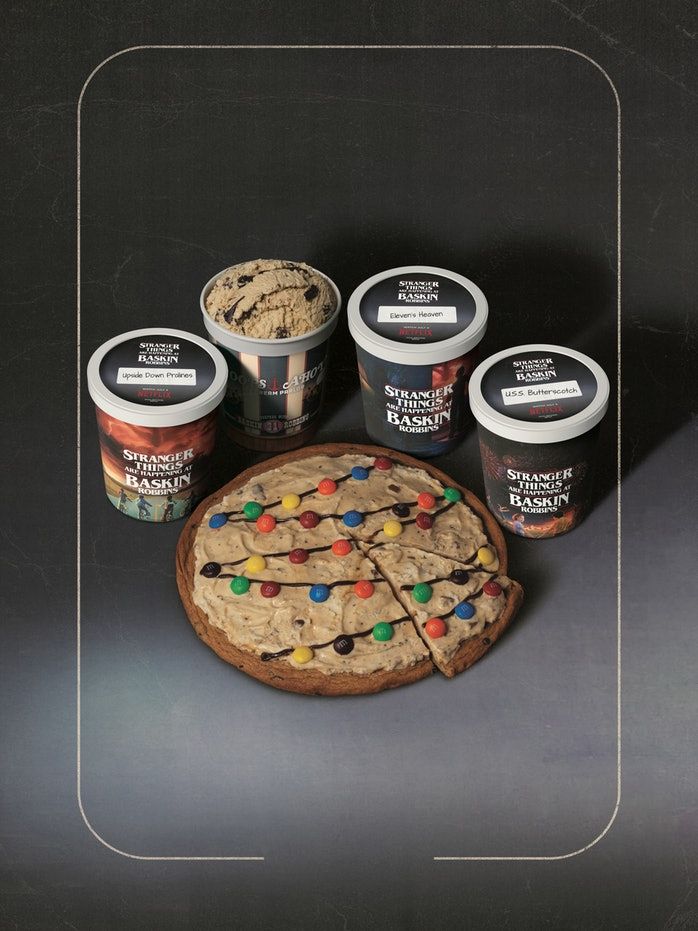 Katherine Pendrill — May 30, 2019 — Pop Culture
References: geek & bustle
Share on Facebook Share on Twitter Share on LinkedIn Share on Pinterest
With the season 3 premiere of 'Stranger Things' set to drop on July 4th, Baskin-Robbins' has debuted a lineup of mouthwatering Stranger Things-themed desserts. The brand is even dropping some Stranger Things merch for those who don't have much of a sweet tooth.

Baskin-Robbin's new Stranger Things-themed desserts include two new Flavors of the Month and six different ice cream treats. As far as pints go, the new Flavors of the Month include Eleven’s Heaven and Upside Down Pralines. For something even more elaborate, there's the Demogorgon Sundae that looks just like a Demogorgon monster, or the Byers’ House Lights Polar Pizza Ice Cream Treat, which is basically a cookie-based pizza topped with Snickers ice cream and M&Ms Chocolate Candy Christmas lights. Along with your dessert, you can also pick up a Steve Funko figure, some '80s-inspired magnets, and Stranger Things t-shirts.