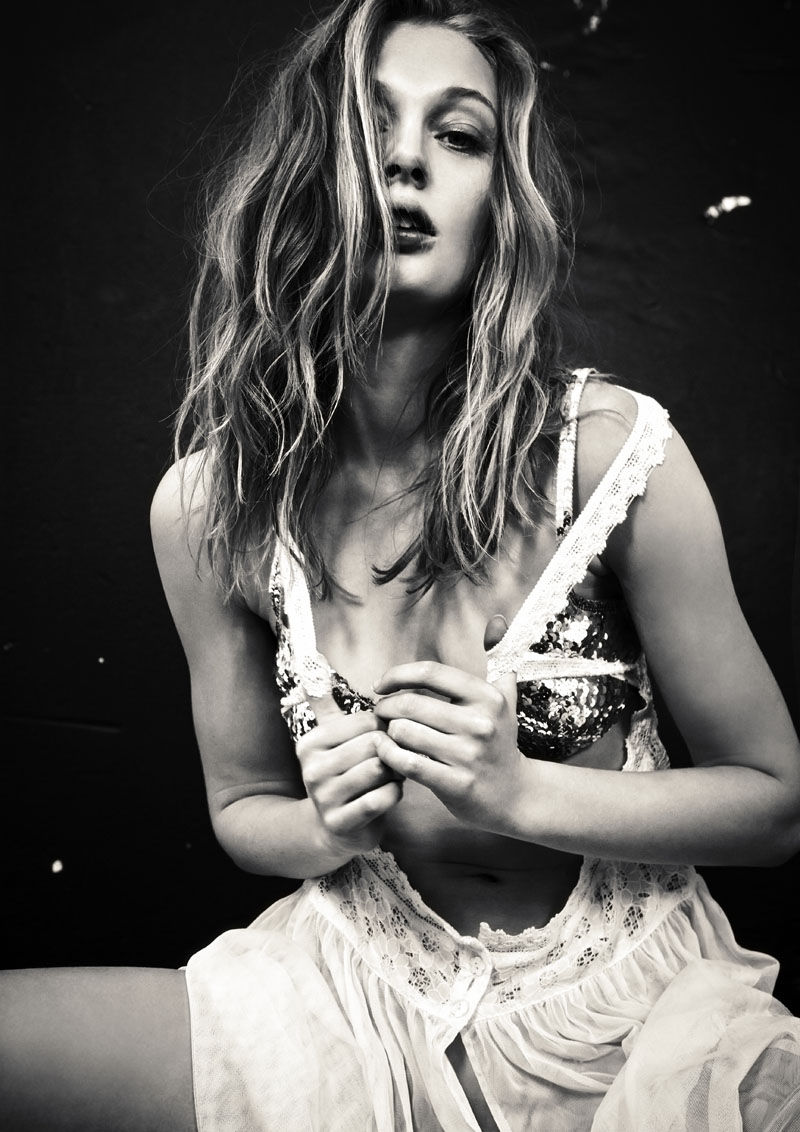 Tilley and Cornin were joined by makeup artist Kathy Gould, who used MAC and Redkin products to achieve Cornin's gritty, femme fetale look. The clothing, provided by Jetset Bohemian and Stolen Girlfriends Club, complete the rough-and-tumble vibe. Still, even though Cornin is armed with messy locks, smokey eyes and a devil may care attitude, there remains an element of girlishness throughout the shoot.

In states of half-undress, Cornin flaunts her body and sensuality in a manner that's almost defiant; as if to say, while arching one brow at the camera, "what do you think you're looking at?"