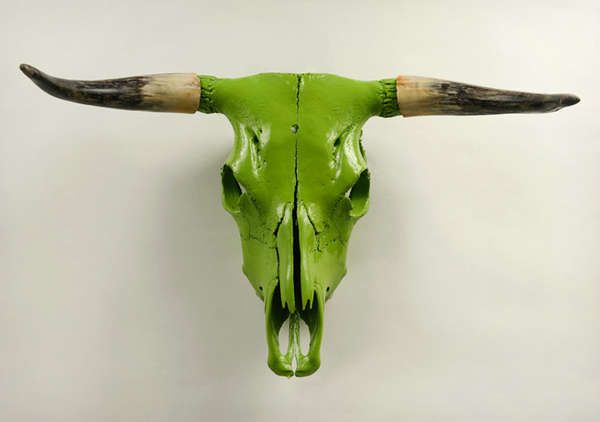 These Painted Animal Skulls by Stephan Alexandr Are Eclectically Cool

Michael Hemsworth — May 3, 2013 — Art & Design
References: stephanalexandr & coolmaterial
Share on Facebook Share on Twitter Share on LinkedIn Share on Pinterest
The longhorn is associated with man caves and cowboys -- two very manly things -- but artist Stephan Alexandr switches up the traditional adornment, among many others, by adding a lick of neon paint. The act of hanging up animal bones on one's wall might seem a bit dated to some, which is something that Alexandr's creations help to combat against and give a classic piece of decor a 21st century flair.

Using various skeletal headpieces including longhorns, antelope, antlers and a number of others, Alexandr gives an artistic treatment to each one including neon, gold, or even white paint. Additionally, his attention to detail makes the distinction between what is treated and what is natural makes the impact of the work that much more intense.
2.2
Score
Popularity
Activity
Freshness
Access Advisory Services