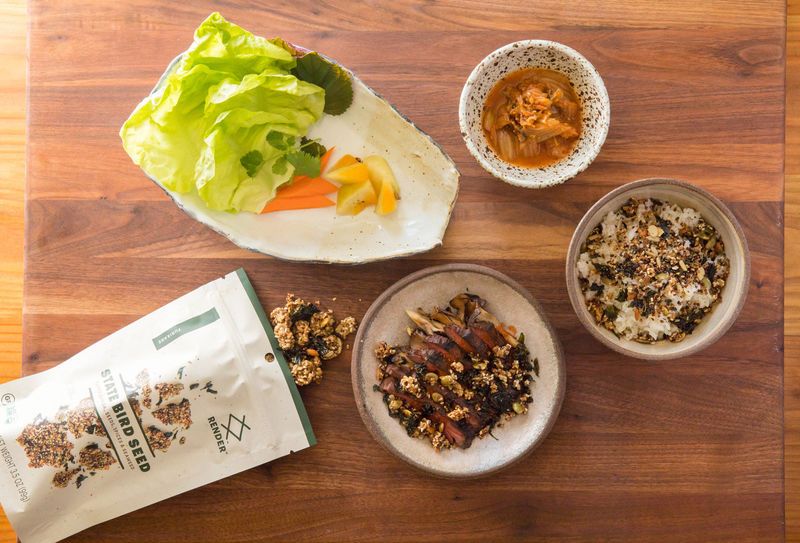 Laura McQuarrie — February 1, 2018 — Lifestyle
References: renderfood & prnewswire
Share on Facebook Share on Twitter Share on LinkedIn Share on Pinterest
'State Bird Seeds' is the name of a new savory snack mix that can be ordered from Render as part of its inaugural collaboration with James Beard Foundation Award-winning chefs. In working with Render, Stuart Brioza and Nicole Krasinski, the owners of the Michelin-starred restaurants State Bird Provisions and The Progress in San Francisco, took inspiration from a dish that they commonly make.

State Bird Seed is a savory snack prepared with puffed quinoa, seeds, herbs and spices. The snack is offered in three flavors—Almond Rosemary, Sea Salt and Furikake—that can be enjoyed straight from the bag or sprinkled over oatmeal, salads, meat or pots of yogurt.

While Michelin-starred eats can usually only be experienced as part of a restaurant experience, a number of brands are now releasing chef-crafted gourmet snacks for foodies.