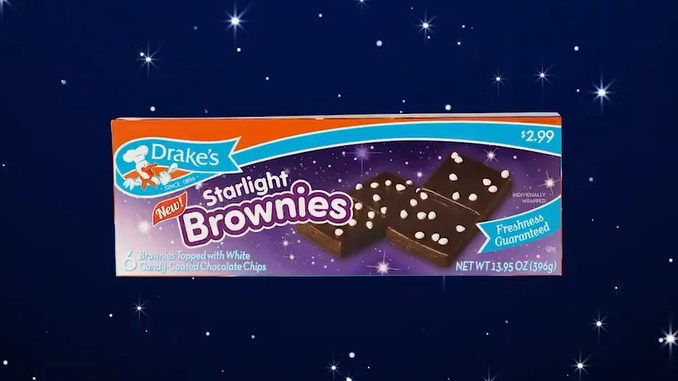 Drake's New Starlight Brownies are Out of This World

For more than 100 years, Drake's has been serving up tasty snack cakes such as Coffee Cakes, Ring Dings, and Yodels. Now the brand is expanding its snack cake lineup with the addition of the new Starlight Brownies. The brownies start with a rich fudge cake, which is covered in chocolate-flavored fudge icing. The top of the brownie is then dotted with white candy-coated chocolate chips to make the whole thing look just like the starry night sky. As Drake's Associate Brand Manager Chip Stenberg explains, "Drake's fans told us they would love to see a brownie from their favorite brand. We're happy to delight them with new Starlight Brownies and an out-of-this-world flavor experience."