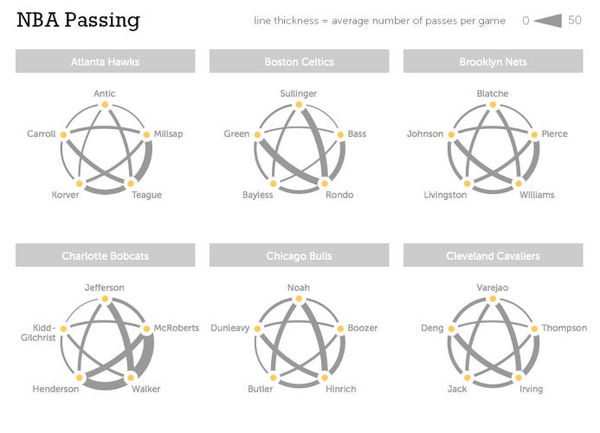 The infographic shows how each of the NBA's 30 teams pass the ball to each other. Each team is represented by a star, with five points representing the five starting players. Each pair of points, representing players, is connected by a line; the thickness of the line is directly proportional to the number of passes between that particular pair of players. Specifically, the line takes into account the average number of passes per game between the two players.