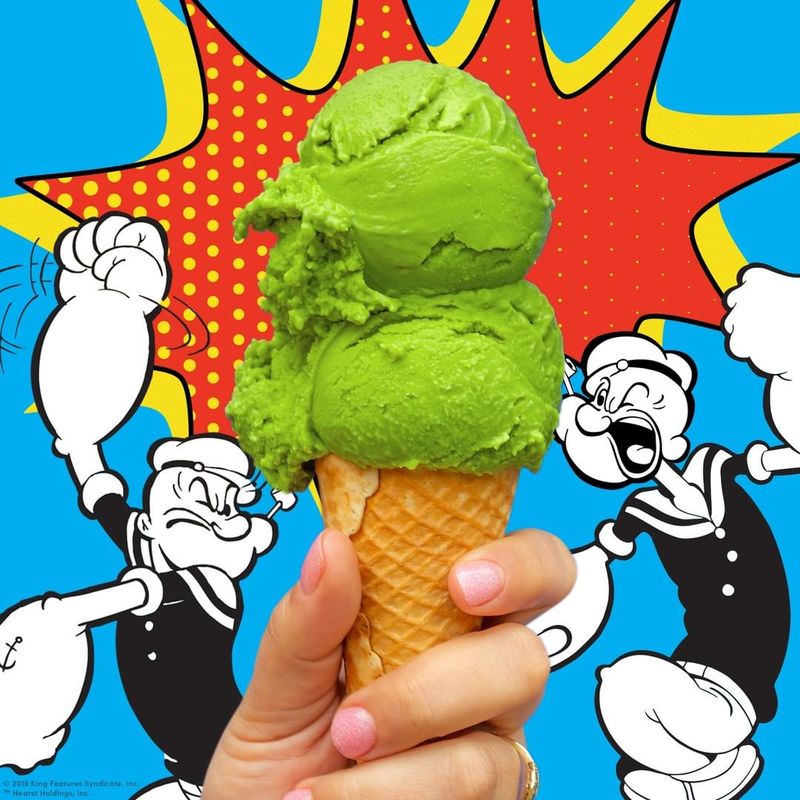 The ice cream is flavored with organic spinach ad is joined by a range of other unexpected ingredients like turmeric, sea salt and extra virgin olive oil, which subtly pays tribute to Popeye's wife, Olive Oyl. The base of the vegan ice cream is made with a creamy combination of raw cashew milk, coconut cream, raw organic coconut oil, pure cocoa butter and organic cane sugar for a hint of sweetness.