Top 35 Life Stages Trends in May

Top 100 Eco Trends in May
Next
Set of
Related
Ideas 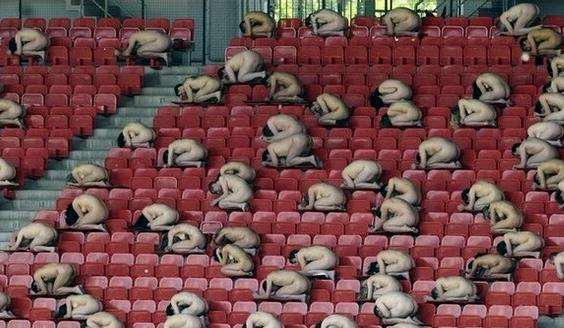 On his website Tunick said, "This very special ephemeral installation that we are inviting you to be part of is devised to capture and combine the spirit of sports, the grand sweeping waves of stadium architecture and the abstract relation of the human form to modern structures."

Tunick arranged his subjects in the colored seats of the venue, since he was denied using the precious grass by the organizers. Those taking part were offered a limited edition copy of the photo.

The stadium will stage seven matches of the Euro 2008 soccer championship, being jointly hosted by Switzerland and Austria next month, including the final on June 29.

Check out some more of Tunick's work: