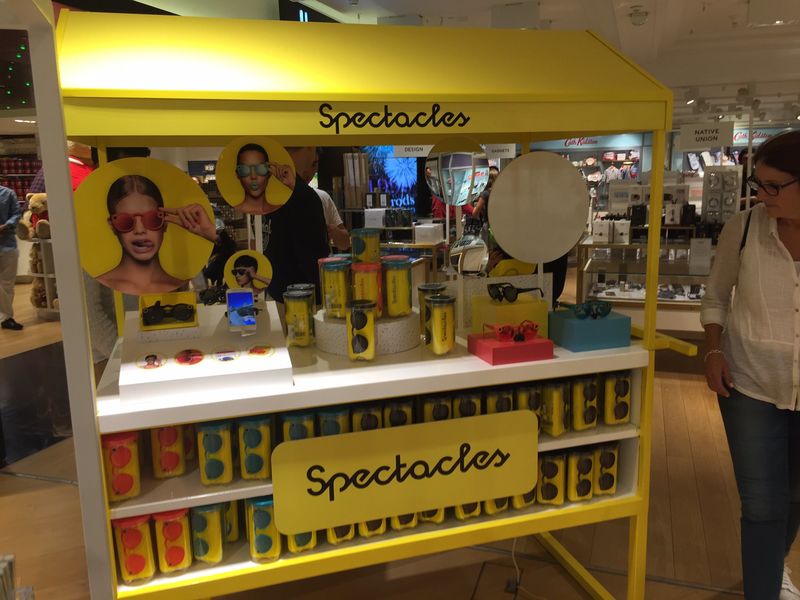 Joey Haar — July 24, 2017 — Business
References: techcrunch & pymnts
Share on Facebook Share on Twitter Share on LinkedIn Share on Pinterest
Snap Inc., the company behind Snapchat, made a splash when it released a piece of hardware called 'Spectacles,' and the company continues to push sales on that product with the new Spectacles pop-up in Harrods, London's posh department store. Spectacles were previously only available out of Snap's purpose-built vending machines (called 'Snapbots'), so the new Spectacles pop-up shows that Snap is looking to expand its connected eyeglasses to the general public.

The Harrods pop-up offers much of the same customization as the Snapbots themselves, giving customers their choices of Spectacle color as well as a look at the footage that the lenses take through a smartphone connected to the kiosk. The kiosk also has a mirror, just like a traditional sunglasses hut, to give consumers the chance to see how the tech-laden lenses look on them.
4.7
Score
Popularity
Activity
Freshness
Jeremy Gutsche Keynote Speaker