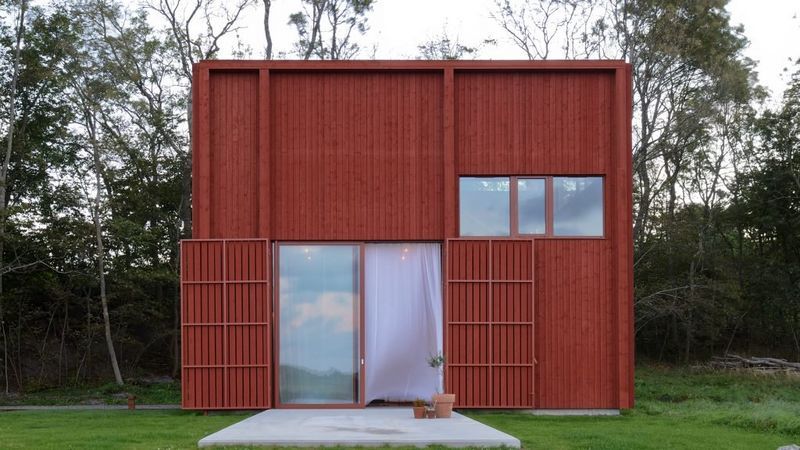 Joey Haar — September 7, 2017 — Art & Design
References: dezeen
Share on Facebook Share on Twitter Share on LinkedIn Share on Pinterest
Nestled on farmland in Gothenburg on Sweden's west coast, Spackhuggaren is a quaint family retreat for a hobbyist sailor and his family. Located close to the ocean to aid in the nautical adventures, the home's name translates to 'Killer Whale,' which is also the name of the owner's sailboat.

In terms of design, Spackhuggaren is inspired by the traditional styles of the region. Most homes use wood cladding and an uncomplicated boxy shape, and so the newly built retreat follows suit. Further, the red coloring of the home is inspired by a stain and preservative traditionally used in Scandinavian buildings called Falu red (after producer Falu Rodfarg.) Spackhuggaren isn't actually covered with Falu red, but the paint job is a reference to it.
6.4
Score
Popularity
Activity
Freshness
Get Better and Faster