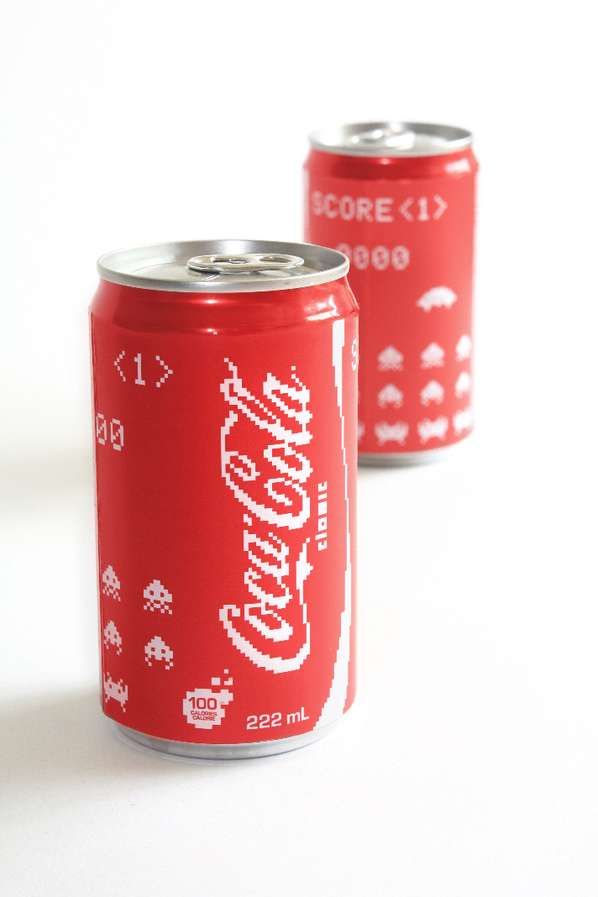 Marina Rotharmel — July 24, 2012 — Lifestyle
References: feedureyes & bitrebels
Share on Facebook Share on Twitter Share on LinkedIn Share on Pinterest
Coca-Cola is constantly having fun with its branding, especially with its famous cans. The newest design by Erin McGuire is a fun pixelated pattern inspired by the Space Invaders graphics. The design has yet to be brought to life, but if it did, many would appreciate it.

The design still has the iconic black and red color of the Coca-Cola brand, but instead of the normal cursive lettering, the logo is broken down, resembling the old-school video game. It has the classic Space Invaders characters on it and block lettering that spells out "Calories."

The Bit Rebels article states,"It sure stands out, and I think if Coca Cola would ever consider doing something like this, they would once again become the number one soda for the youth of today."