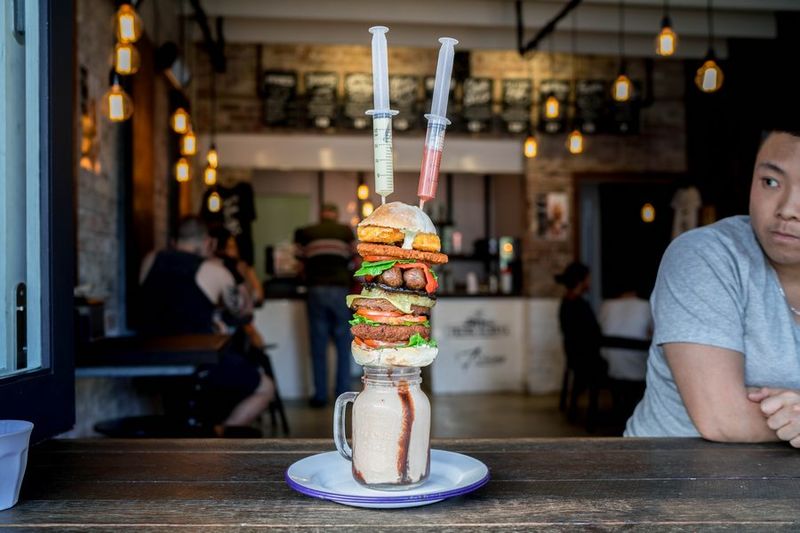 Laura McQuarrie — April 26, 2016 — Lifestyle
References: 2hungryguys.au & 2hungryguys.au
Share on Facebook Share on Twitter Share on LinkedIn Share on Pinterest
On April Fool's Day this year, Soul Burger announced that it would be selling the 'Plant-Based Disgrace,' a mile-high vegan burger made with 16 outrageous ingredients. The list includes relatively ordinary ingredients like lettuce, tomato and mushrooms, but in such quantities that are out of proportion. To top it all off, the multi-layered burger sits on a coconut shake and is served with two syringes of ketchup and mustard sticking out of it.

The demand for this fake burger was so high that Soul Burger is now selling its Plant-Based Disgrace as a $35 menu option for a limited time until the end of April.

Just as the product received plenty of attention following April Fool's Day, Amit Tewari reports that his viral burger creation has caused the restaurant to be inundated with calls, comments and people coming to visit from far away.
4.1
Score
Popularity
Activity
Freshness
Get Trend Hunter Dashboard