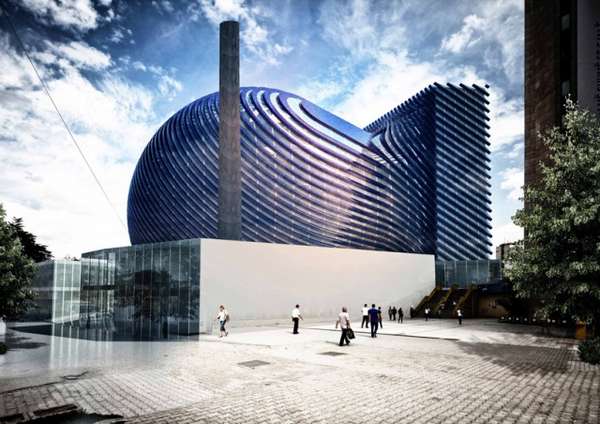 The Solar Central Mosque Will Appeal to Younger Generations

Meghan Young — May 16, 2013 — Art & Design
References: paoloventurella.it & fubiz.net
The Solar Central Mosque looks more like a center for scientific discovery than a sanctuary for worship. Considering that these two fields are often at odds, it is surprising that they can even be thought of in the same sentence. Yet the futuristic design of the Solar Central Mosque lends itself to that comparison. Interestingly enough, it is this aesthetic that might attract more people to the religion, especially when it comes to younger generations.

Designed by Italian architect Paolo Venturella, the Solar Central Mosque is located in Prishtina, Serbia. Used as both a place of prayer and meditation, its globular exterior has been covered with photovoltaic panels. Inside, soft light seeps in through the perforated panels.
1.7
Score
Popularity
Activity
Freshness