Digital Requests for Graffiti
Next
Set of
Related
Ideas 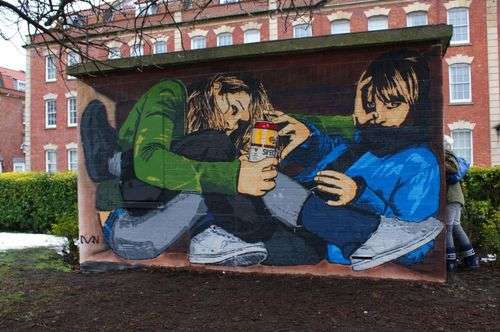 The background is that after the opening of a new multi-million pound mall in the city centre of Bristol, all the surrounding areas were proclaimed “no street drinking zones."

Implications - Consumers desire art that is more than just something attractive to look at. Designs that are intellectually stimulating appeal to those viewers who want a deeper conversation to come out of the pieces being exhibited. Companies could focus on instilling more meaning into their products to drive more sales.
3
Score
Popularity
Activity
Freshness
Get Trend Hunter Dashboard

Mid-Range Productivity Smartphones
The Samsung Galaxy A03 Has a 6.5-Inch Infinity V Display